We love our restaurants in Newport News. Here are 10 stories of 10 restaurants with their origins and fun facts about their place in our city. Click here for part 2.

Giuseppe Fiorello was 14 when he moved from Sicily to Williamsburg to work in his grandfather’s restaurant, Maurizio’s. Now the owner of his own restaurant, Azzurri Italian Restaurant in Hidenwood Shopping Center, Giuseppe is known for his made-from-scratch sauces and the recipes handed down from his mother in Palermo. This family-owned and operated business is popular with all age groups, from families with children to CNU students. One reviewer on Yelp described the restaurant like this: “This was my second visit in just a week and just like when I left the first time, I wanted to turn the car around and head back to order more. It's a drive for me but it's worth it, because yes the food is that good!” Another review summed up her experience in one word, “Authentic.” And then she added, “That's it. That's all you need to know about this fantastic place.” It’s probably safe to say you won’t find canned tomatoes in this neighborhood gem!

crab shack on the james

Established in 1993, the Crab Shack was originally a seasonal, open-air restaurant at the foot of the James River. In the spring of 1997, the Crab Shack was renovated into a large restaurant. The small rustic shack, which consisted of six picnic tables, was transformed into an indoor restaurant that now seats more than 200 patrons and operates year-round. The restaurant provides casual dining with the freshest and finest seafood available. All food is cooked to order. In season, they even shed crabs daily in their own tanks. The Crab Shack’s indoor dining room and outdoor dining deck provide a panoramic view of the James River. As the sun sets on the river and the sky turns every hue imaginable, the Crab Shack provides a unique waterfront dining experience unmatched in Newport News. 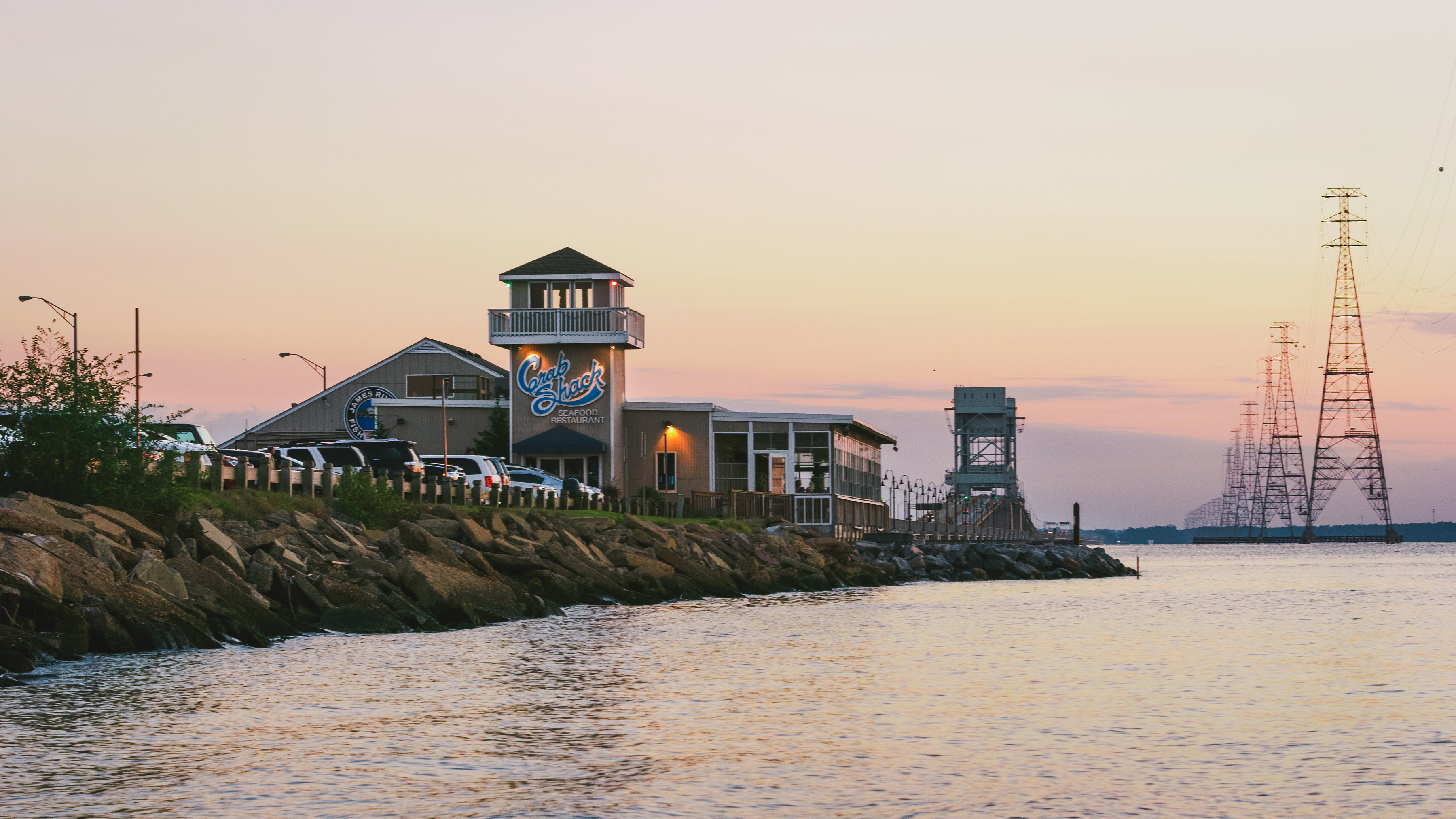 This story begins with LOVE. When David and Tami Dierberger lived in Ohio, their family’s favorite pizza was Donatos, where the franchisor headquarters is located. After moving to Virginia, their oldest son, Cameron, was telling his soon-to-be wife, Kelly, how much he loved Donatos and missed not being able to order it. Kelly, for a surprise Valentine’s Day gift, had a pizza made and shipped to Virginia. As soon as that pizza came out of the oven, Cameron took a selfie with the pizza and sent it to his father – telling him they should open a franchise here in Newport News.  Well, in June 2013, they did just that! Because this locally owned and family-operated restaurant uses only the freshest ingredients, you’ll agree with the Dierberger family that it’s the best pizza in town! 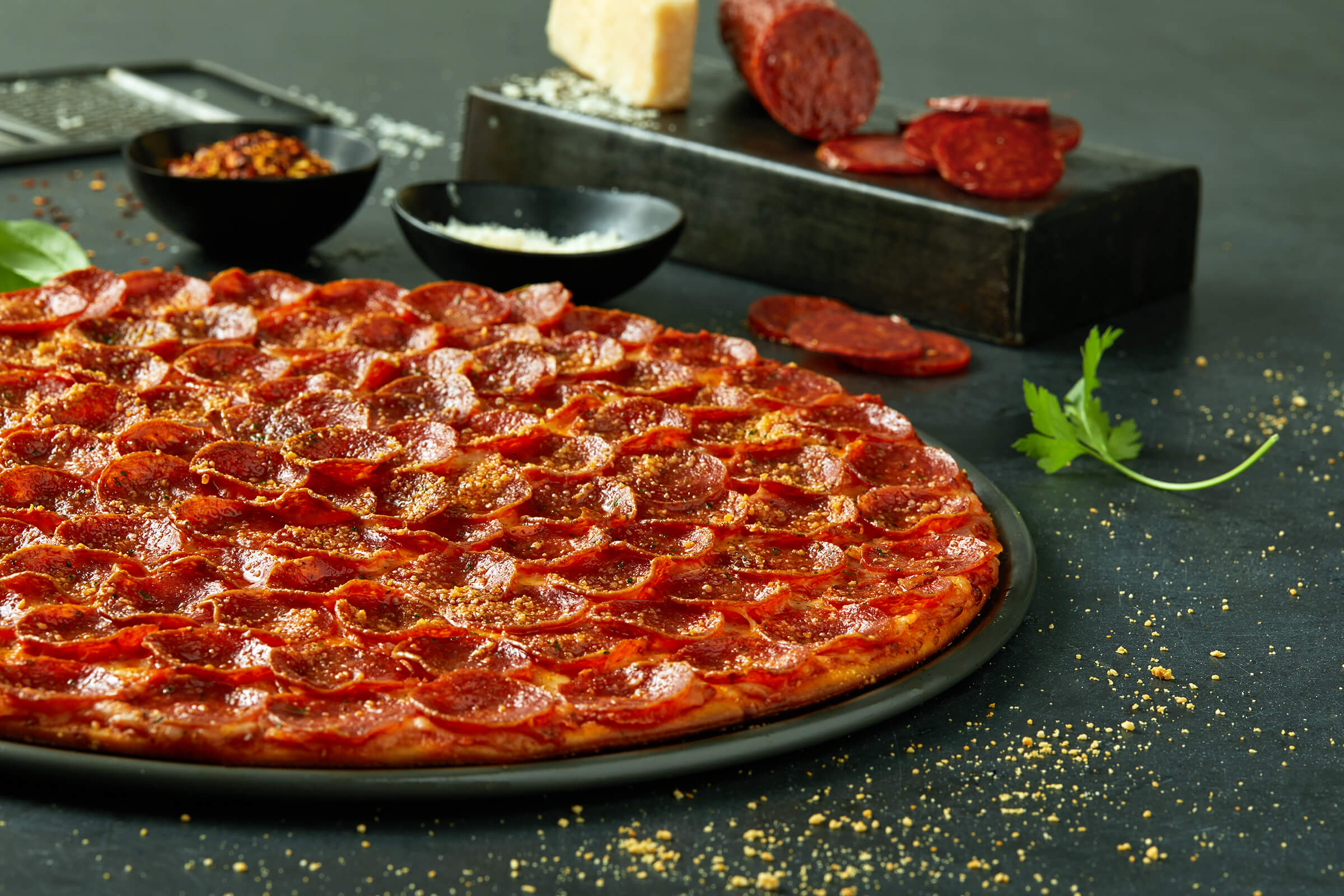 On January 2, 2014, just two days after Rick and Libby were married, they purchased Mike’s Place, a neighborhood Irish Pub at the time in Greater Hilton Village. Seven years later, Rick & Libby’s Family Style Restaurant is going strong. Rick, known for his pizza creations among other specialties, and Libby, known for her decadent desserts, not only feed our community, but are strong supporters for the Animal Aid Society, VIMS, The Bay Journal, the Warwick Little League, the Peninsula Pilots and the CNU Theatre Guild. And did you know that Rick, both of Libby’s daughters, and her son-in-law are all CNU graduates, to boot?!

The American story right here in Newport News! When Russia invaded Afghanistan, chef and owner of Saffron, Daud Amiri, escaped by walking to another country, and with $10 in his pocket arrived in Queens, New York. After putting himself through college, he started his restaurant career as a bus boy, waiter, manager, and then partner of a restaurant in one of Queen’s quaint neighborhoods serving Mediterranean cuisine from countries such as Lebanon, Turkey, Greece and more. With family in Virginia, Daud moved here in 2013 and often joined them for dinner in local restaurants. Lacking Mediterranean choices, he decided to open his own restaurant in 2015 and chose Newport News’ quaint neighborhood Hilton Village as the location. Offering the same menu he established more than 30 years ago in New York, Daud’s mission is to “serve delicious, affordable food that guests will want to return to week after week.” 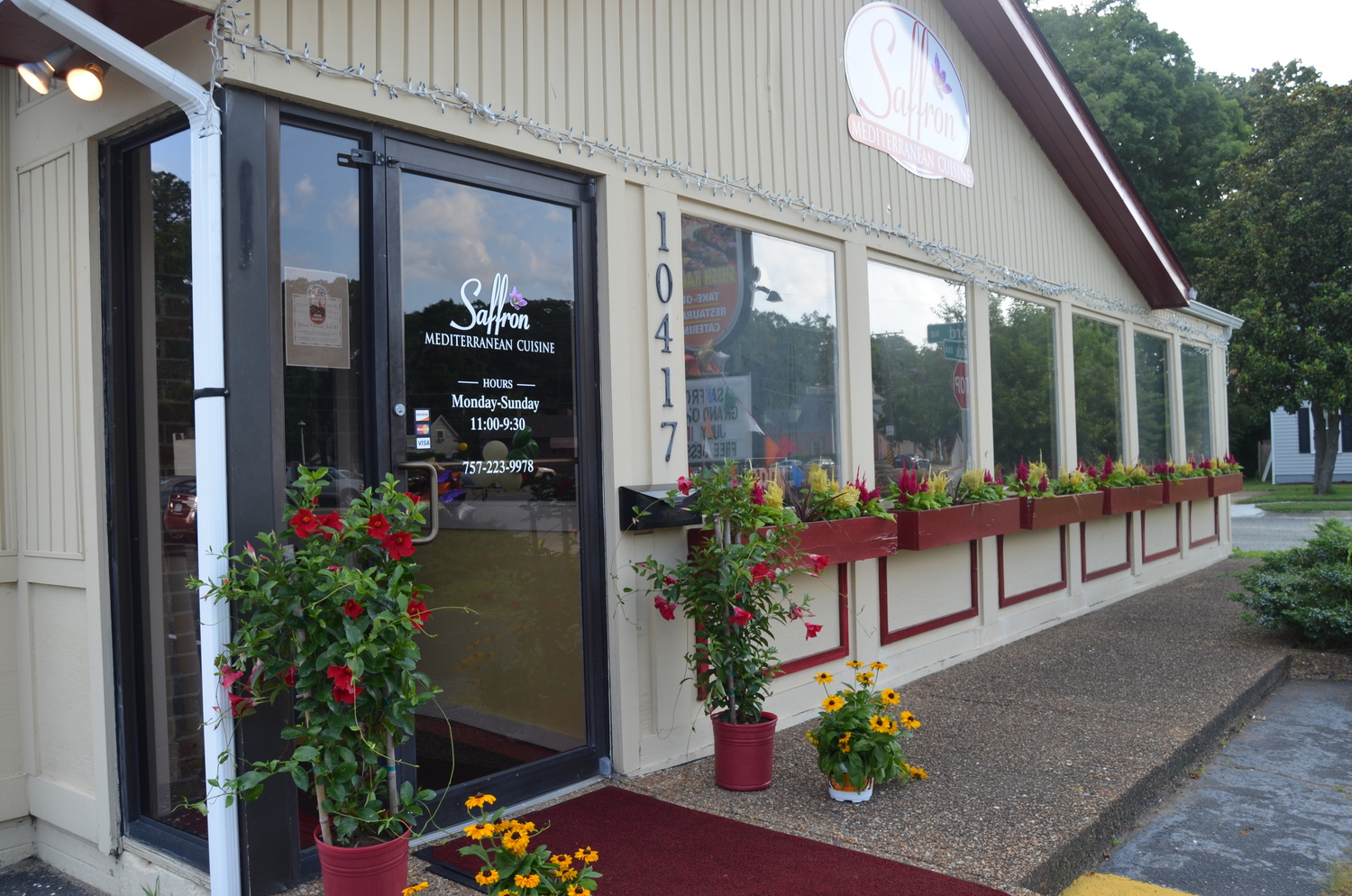 In March of 1985, brothers John and Mickey Chohany took over Second Street Restaurant in their hometown of Williamsburg. Fast forward to the fall of 2013 and you’ll find the brothers opening a second location in Newport News, which showcases many of the same popular features as their flagship Williamsburg site, but with a slightly different look and feel.  Both locations feature tastefully appointed bars with large flat screen TV’s, a great wine list with more than 100 reasonably priced bottles, microbrew beers, cocktails, martinis, Happy Hour specials and access to the full menu. In 2014, Second Street received the prestigious Certificate of Excellence from TripAdvisor. According to TripAdvisor, “The award celebrates hospitality excellence and is given only to establishments that consistently achieve outstanding traveler reviews on TripAdvisor. Winners of the Certificate of Excellence are located all over the world and represent the upper echelon of businesses listed on the website, with only the top 10 percent receiving the prestigious award.” 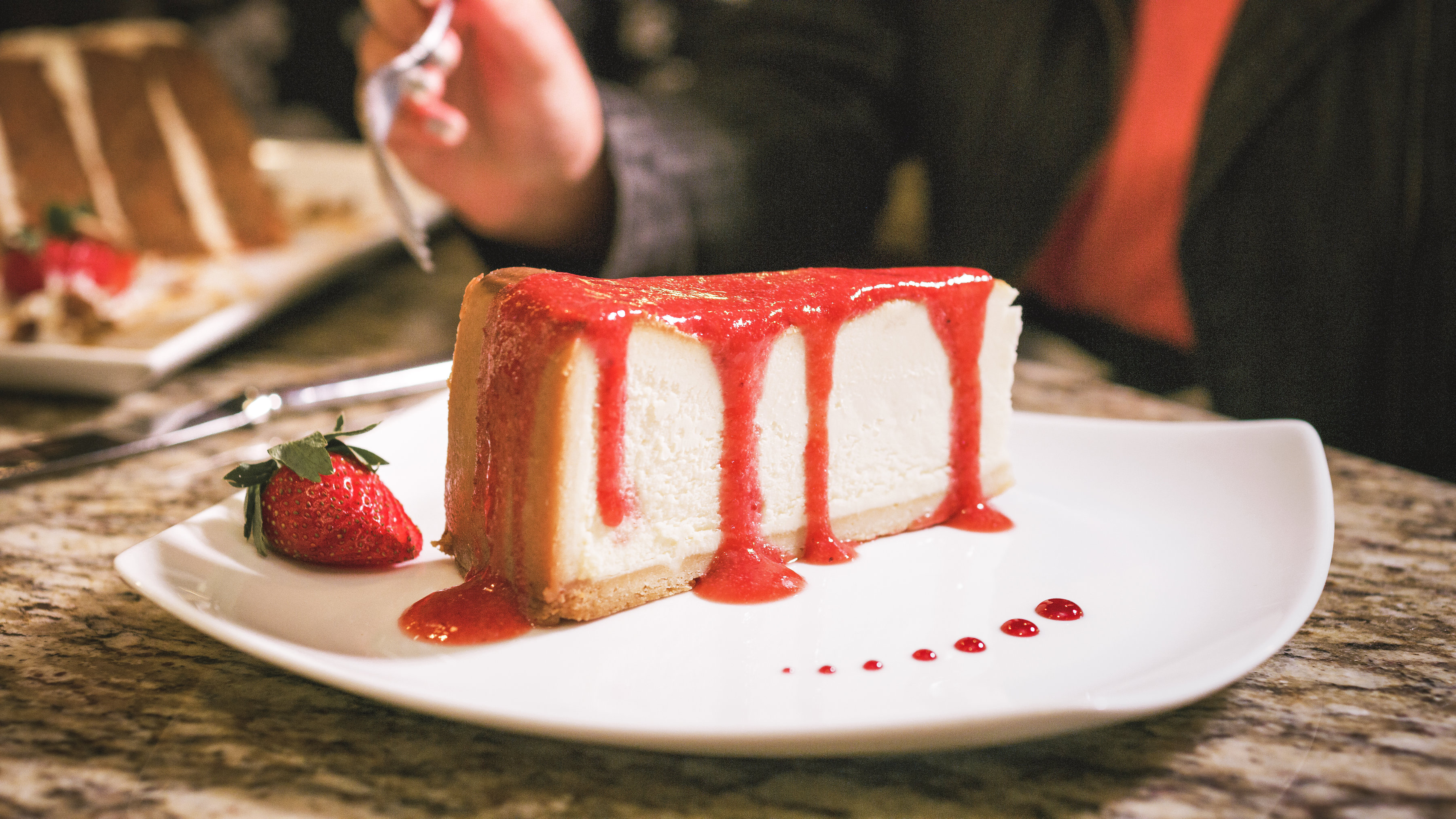 On December 30, 2011, this locally owned, neighborhood restaurant and bar opened in Greater Hilton Village. It offers plenty of seating and a covered outdoor patio with heaters … not just any heaters, but two weeks ago they installed a 40-foot ceiling heater that runs across the entire patio – very cozy especially when you combine great food and live entertainment! During COVID-19, Smoke was one of a few Newport News restaurants to provide box lunches to the City’s homeless shelters and elderly homes through the international organization known as the World Central Kitchen. Also during that time, they had to limit their menu. Now each week, they are bringing those items back. Go to their website to check out those items that have returned “home.” 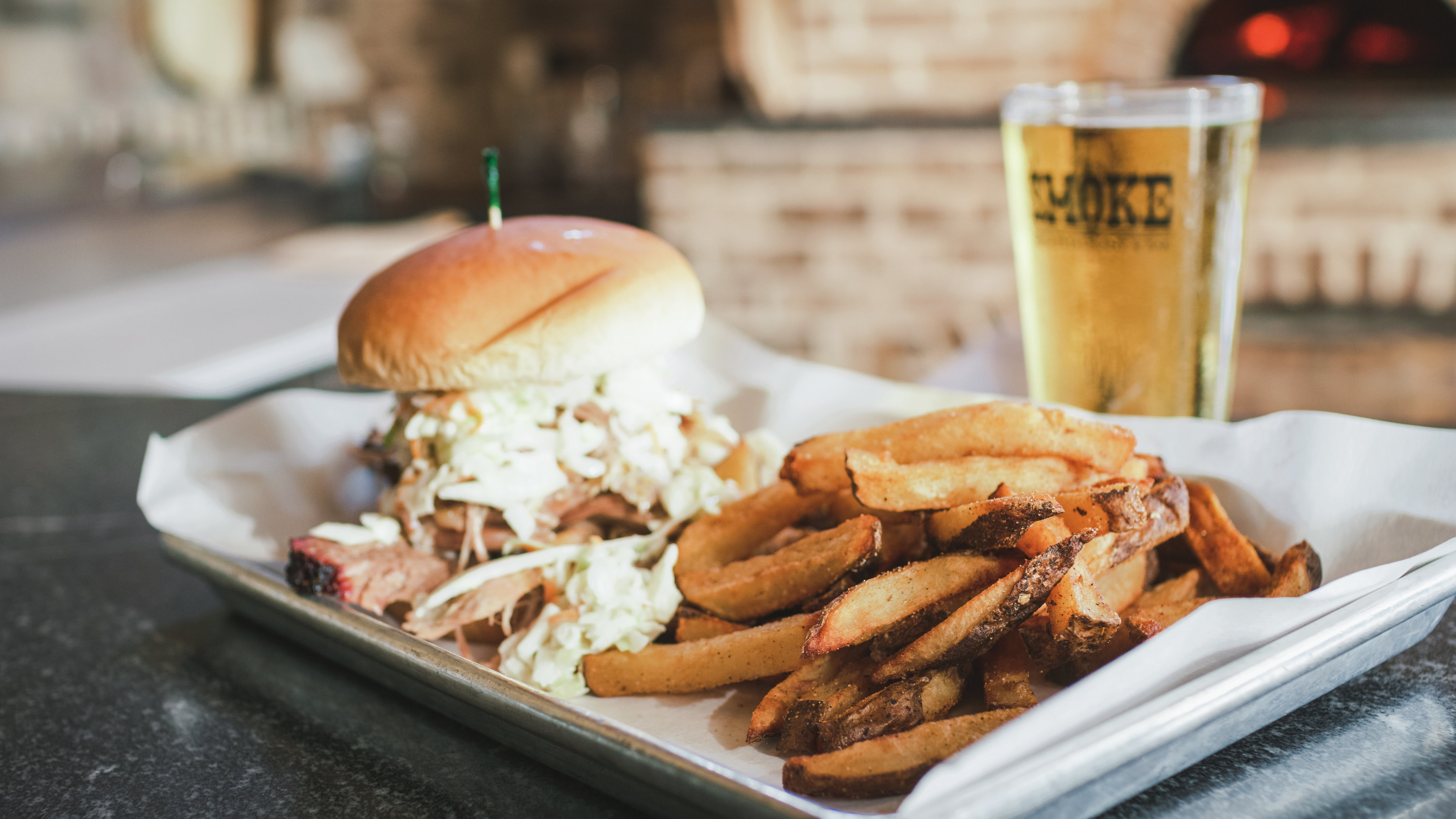 Did you know the first Melting Pot in Newport News, run by different owners and shuttered in June 2015, was located at the same location as the current Melting Pot is located? Then, one year to the day, Jason Shea and Chad Hornik re-opened after remodeling the interior and making changes to the exterior, which included patio seating. Jason, who is also partial owner of The Melting Pot in Wilmington, NC, wanted to expand his business to Virginia, where he is from, so he could be closer to his family, especially his grandchildren! Since the re-opening, they have had such positive response with guests returning that Jason wanted to involve the community more, so events such as “Military Mondays,” “Thursdate,” “Melting Pot to-go,” and “Specialty Cocktails-on-the-go” are now offered! 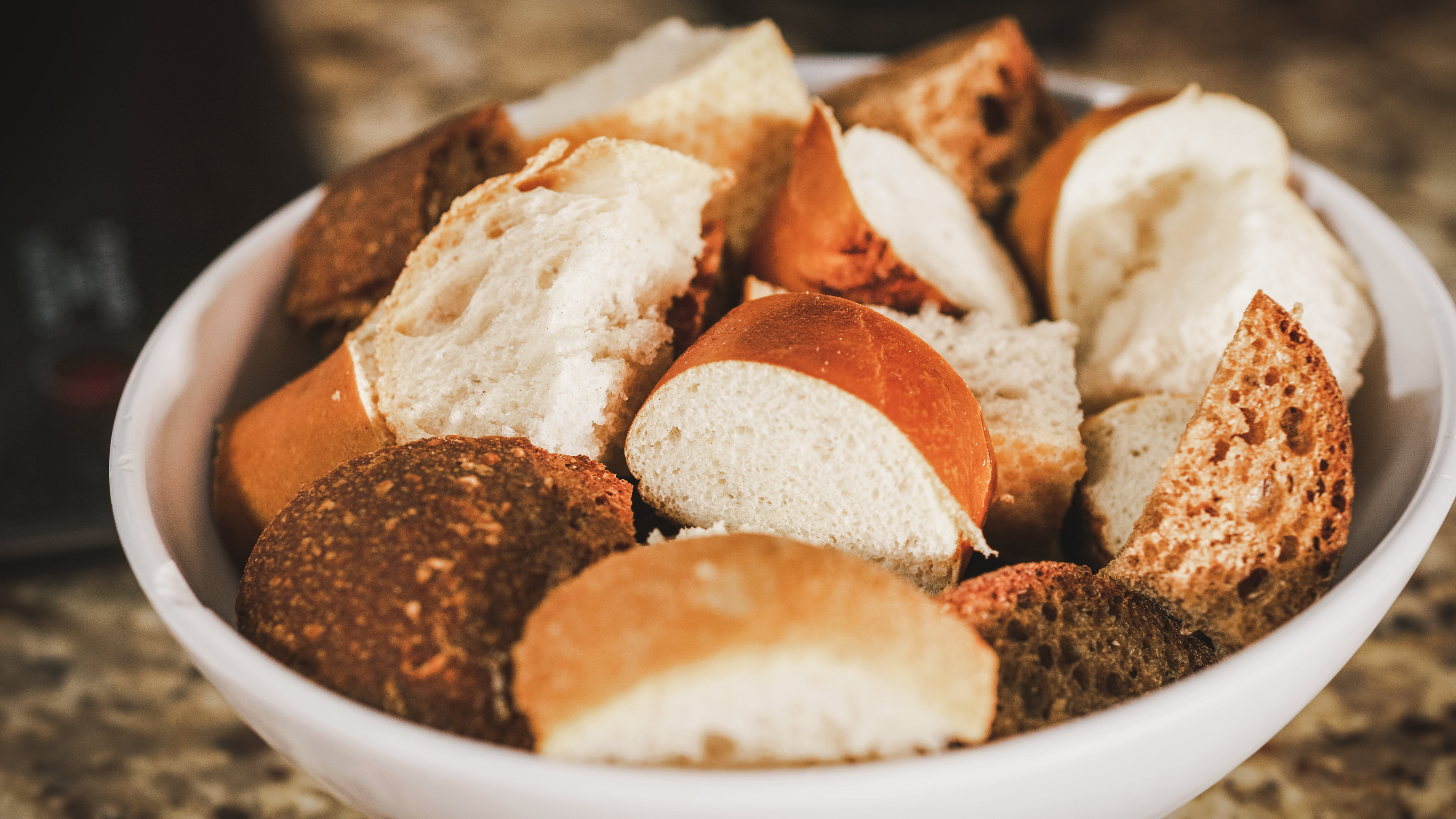 Tucanos Brazilian Grill brought the flavors of South America to Newport News when it opened in December 2012. The restaurant in City Center was the chain's first location on the East Coast. Founded in 2000, the original Tucanos opened in Provo, Utah. Over the years, other locations were started in Idaho, New Mexico, Missouri, and Colorado. The Brazilian tradition of grilling, called CHURRASCO, is a fusion of South American and European cultures. At Tucanos, freshly grilled meats and vegetables are cooked on skewers over open-flame grills and then brought to your table. The “Tucanos Cue” is used to direct your server: Green means you’d like more selections and red means you’d like to take a break or you’ve finished eating. Still hungry? Check out their salad bar, which features both Brazilian and American specialties.

VEDeat is a breakfast and lunch restaurant owned and operated by the husband and wife team of Praju and Karun Sapkota. The business opened its doors in 2019 in the space formerly occupied by The Lunch Bell in City Center at Oyster Point. The name VEDeat is derived from the word Ayurveda which is a study of the balance between mind, body and soul. Bringing experiences from their family’s background in the restaurant business, the owners set out to create a positive environment where patrons can eat, relax and enjoy the company of others. VEDeat emphasizes fusion dishes with a southeast Asian influence, paying homage to the Sapkota’s Nepalese heritage. Its brunch menu emphasizes healthy, made-from-scratch dishes, with vegetarian and vegan options. It also includes American cuisine such as omelets, French toast, and pancakes. Fresh baked goods are made each day and include offerings such as scones, muffins, and breads. 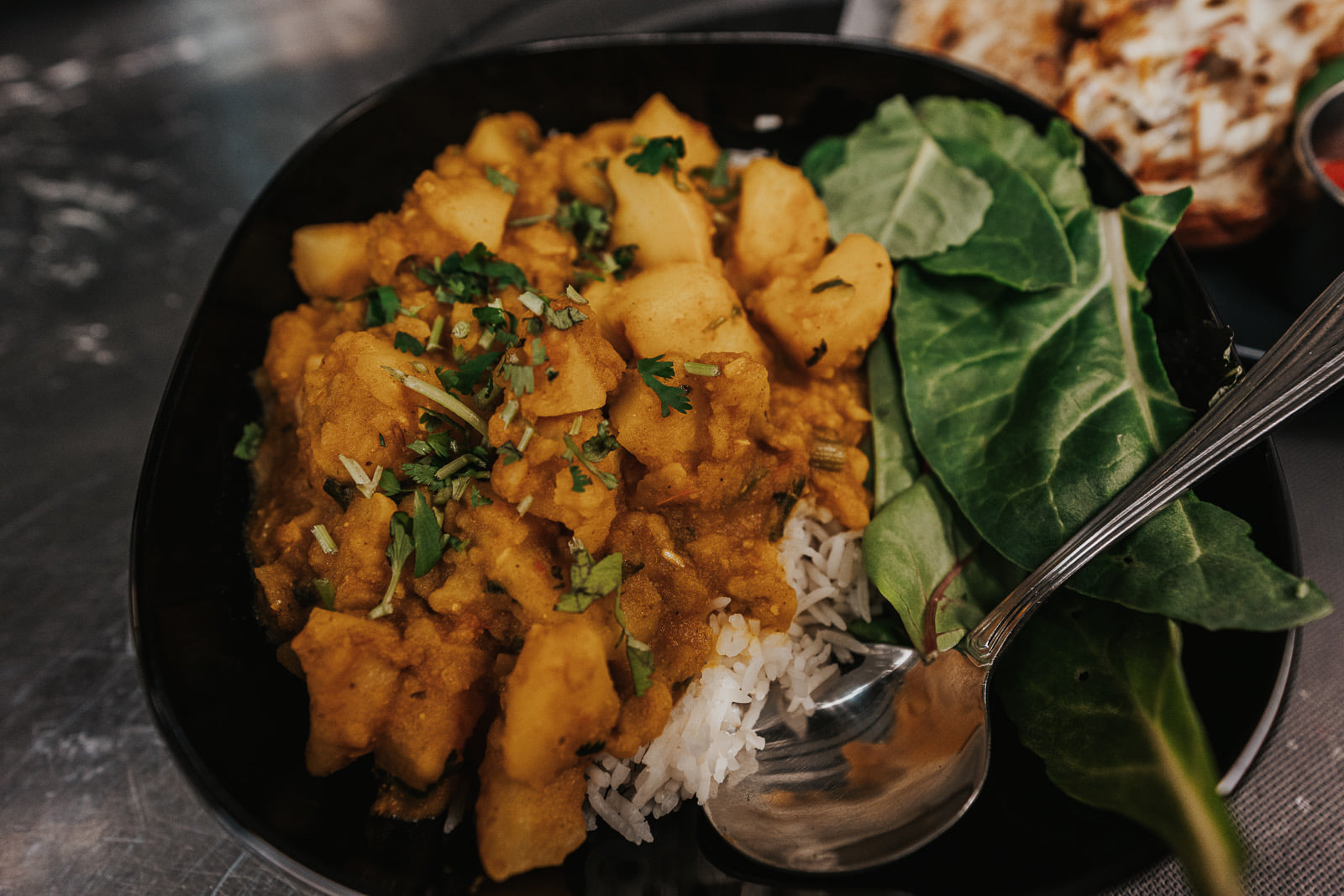