50 Years of Love in Newport News

Did you know that 2019 marks the 50th anniversary of the Virginia is for Lovers tourism slogan? To tie in with this special golden anniversary, we’re seeking stories about Newport News that date back to 1969 or earlier.

To kick things off, we’ll share a 50-year tourism-related story with you, as told to us by Howard Waters with Waters & Bridgman Marketing Solutions. It was Howard’s father, Leonard Waters, who designed the first logo and display stand for Newport News Tourism.

“The shape of the sign was selected because it was graphically similar to the front view of an aircraft carrier which is, of course, what Newport News was world-famous for,” Waters explained. Part of Newport News Tourism’s mission at that time was to participate in conferences and conventions that came anywhere near the Virginia Peninsula, Waters said, and this picture, taken in March 1970, was taken during one of those events:

According to Waters: “For some reason, when Miss Newport News was available to appear at those events they seemed to hand out a lot more brochures than when she wasn’t!” Waters went on to say that the Commonwealth of Virginia used to lease space in New York City’s Rockefeller Center, just steps away from The Today Show’s outdoor broadcasts. Each month, the state would invite a different city to set up a tourism display in the floor-to-ceiling window of the space.

When it was Newport News’ turn, Leonard Waters and Ronnie Burroughs dismantled the display, loaded it into Burroughs’ City of Newport News vehicle (a Ford station wagon) and drove it to Manhattan. After arriving in Rockefeller Center, the two would re-assemble the display, where it would promote Newport News for the entire month!

“By far the very best memory of Newport News would have to be the Christmas lights down Washington Avenue. My grandparents lived on 33rd and 47th Street so we were down there all the time and got to see them almost every day but they were something to see and people would come from all over to walk down Washington Avenue and especially if it was snowing it was the best!!” - A cherished memory from Vicki Sterling

Your Turn: we want to hear your stories

Please share your 50-year memories with us during our 50 Years of Love promotion! We’ll be posting memories on Facebook and Instagram every Friday for 50 days – and we’d love to include yours, too, including your old photos! As a thank you for sharing your 50-year memories and photos with us, you will be entered to win a $50 gift card. Stay tuned for other possible prizes, too, depending on how many memories are shared during our 50 Years of Love promotion, July 26 through Sept. 13, 2019.

Share your story in one of three ways: Visit our Facebook page at facebook.com/newportnewsvirginia and look for our Friday posts inviting you to share your 50-year memories. Send us a direct message through Facebook Messenger. Email us at tourism-mailing@nnva.gov.

Below are some ideas to jog your memory! :)

-What movies did you see at the Village Theatre before it became the Peninsula Community Theatre?
-Did you grow up having family reunions in Newport News Park or any of the other parks in the city?
-What Newport News attractions did your parents and grandparents take you to in the 1960s or even earlier?
-What sports did you play and on what fields in 1960s Newport News?
-If you’ve been married 50 years or more, tell us your “50 Years of Love in Newport News” love story!
-Do the Virginia War Museum and the U.S. Army Transportation Museum look the same today as they did when you were a kid? How so?
-What are your oldest memories of the The Mariners’ Museum and the Virginia Living Museum?
-Were you as scared crossing the old James River Bridge as we were?! 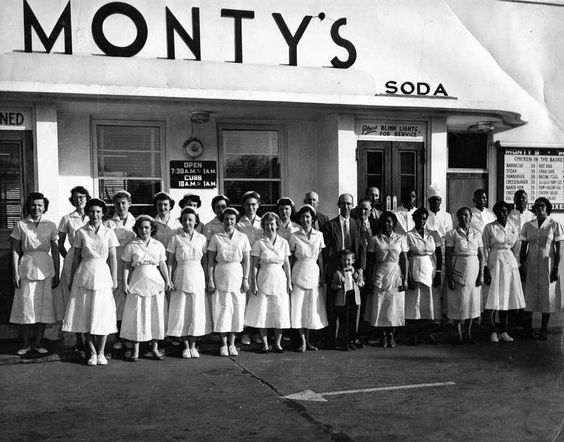 Historic Hilton Village, founded July 7, 1918, was built as housing for shipbuilders during World War I. This neighborhood began as the first Federal war housing project and resulted in 500 new homes....

Eat Like a Local: 7 Lunches for $7 or under in Newport News

Eat Like a Local: 7 Lunches for $7 or under in Newport News

Need some ideas for a meal that will leave you and your wallet satisfied? In this edition of "Eat Like a Local," we’re featuring seven places to get a delicious lunch in Newport News for $7 or under! ...

Free and Almost Free Things to do in Newport News

Free and Almost Free Things to do in Newport News

No need to break the bank when exploring Newport News. There are plenty of free and almost free things to do throughout the city this summer. We’ve compiled a list of activities below that you’ll want...