How many of you were aware that 2019 marks the 400th anniversary of four milestones in Virginia’s history? In 1619, the following occurred:

To commemorate these “firsts,” the Virginia Tourism Corporation has launched American Evolution, a state-wide series of programs marking the 400th anniversary of events that took place in Virginia in 1619. As a result, three popular attractions in Newport News will help tell the story of the past 400 years by hosting these special exhibits in 2019:

The Virginia Living Museum is featuring through April 21 an exhibit called American Adventure, a 2,000 sq. ft. an interactive maze that includes an indoor rock wall and zip-line that challenges visitors to survive a year as one of the original Jamestown colonists. Learn more 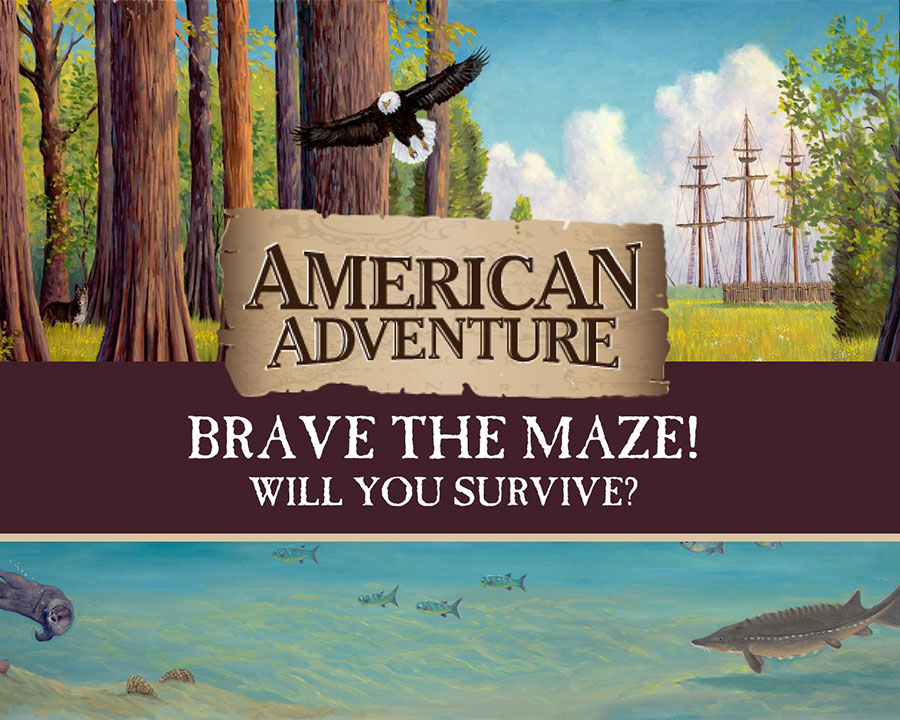 The Mariners' Museum: Waters of Despair, Wates or Hope: African Americans and the Chesapeake Bay

At The Mariners’ Museum, the exhibit Waters of Despair, Waters of Hope: African Americans and the Chesapeake Bay explores the major influences and impact that Africans and African Americans have had on the bay since the early 1600s through today. The exhibit uses artifacts, images, and recordings to tell the story of slave importation and labor in the Chesapeake Bay region. Learn more

The Peninsula Fine Arts Center recently opened two exhibitions, African Art: Power and Identity and Cash Crop. The museum developed the series to commemorate the landing of the first Africans to the Virginia Colony. African Art: Power and Identity celebrates the creativity of African artists who created utilitarian objects of great beauty, while Cash Crop is composed of 15 life-sized casts that represent the millions of African people brought to the New World. Learn more

For additional details, including admission prices, visit the specific website listed above for each exhibition. To learn more about statewide events and exhibits associated with the Virginia Tourism Corporation’s American Evolution, visit www.americanevolution2019.com.

As we prepare for the HiltonCentennial Grand Celebration, we wanted to share a few facts that you may not have known about this special place. (Pictured: The Peninsula Community Theatre. Photography b...

From a film festival and theater production to a planetarium show and special exhibitions, Newport News has a number of ways to celebrate the African-American experience to commemorate Black History M...

Who knew there would be so many exciting events and fun announcements for the New Year? Check out our list of 19 not-to-be-missed things to do and places to see in Newport News during 2019! 1. 6th An...